As some of you know we were supposed to get some Doom Patrol action figures with the Bandai Teen Titans set a few years back. As a matter of fact, at least protoypes were made. Their only knwn appearance was at the 2006 Toy Fair. Here's a shot from Superhero Times: 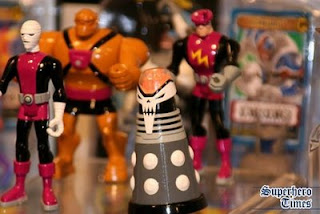 The news of the day, back in 2006, was from Superhero Times. Action Figure Insider also had some news on the figs in 2006. 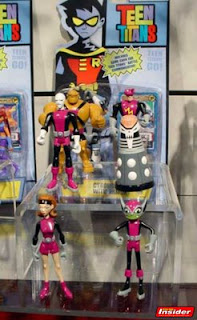 Check it out! There was gonna be a Brain figure! Action might not have been the key word there, but it would have been a figure. Some inroads are being made towards a Brain figure, as there are anticpated Brain and Mallah figures coming up in Mattel's Infinite Heroes line in a special six-pack of figures flying under the banner of "Mallah's Revenge". Here's a link to the Big Bad Toy Store, but it appears they've sold out. Some more info about this six-pack can be found on Toy News International. Looks like you'll be able to get your paws on a Brain and Mallah (complete with beret) in the near future, but why they're pitted against Cyborg, Raven, Arsenal, and Robin escapes me. Seems like a perfect opportunity to introduce the Doom Patrol to this figure line. 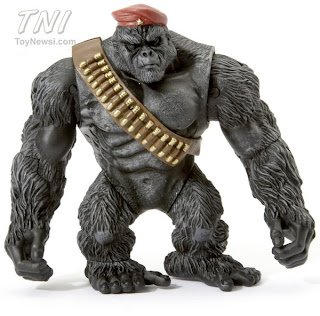 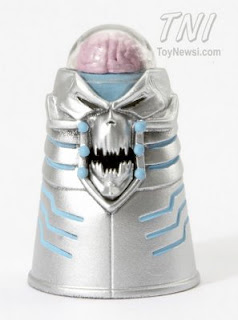 BUT THE REAL NEWS (in my opinion) comes to us from the blog: The Amazing Justice League of Julius Marx. For those of you who aren't familiar with "Julius Marx" in regards to the toy scene, he's THE GUY in the know. Daniel Pickett (aka Julius Marx) is the equivalent of Joan Rivers on the red carpet, except Daniel's red carpet involves action figures. Bad analogy for you? OK, he's like John Madden, but instead of getting worked up about football or Brett Favre, Max/Pickett delivers scoops on the toy world.
That's right, he's the action figure world's very own "Scoops" Cunningham. He gets scoops and previews and insider info on most of the superhero (and other licensed) action figures out there. Between his blog and the main Action Figure Insider site, there's never a lack of information about what's new, what's coming up and what might be.

Looks like we're in for some Doom Patrol figures from Mattel to fit in with the JLU line.
Here's a shot: 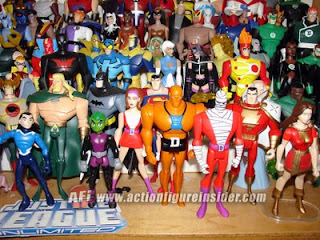 And some more information can be found at the Hall of Justice (where else?!?). These figures look legitimate to me, but they have yet to show up on the Matty Collector site.

Rest assured, friends, as soon as I know more, I'll be sharing it right here!

Since it IS a Negative Monday, here's a closer shot of the 2006 Bandai Negative Man figure that never materialized for collectors, courtesy of Action Figure Insider's 2006 Toy Fair coverage. 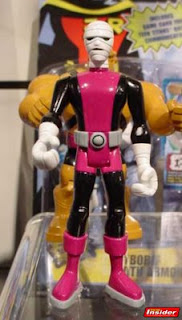 To make up for not giving you an Elasti-Girl Friday this past week, here's the Bandai version of Rita Farr, also from AFI's 2006 coverage. 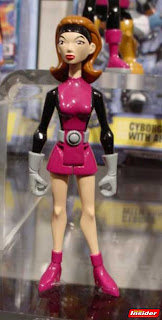