Since they did so well with last year's JLMay event, the boys were invited back. Here's the rundown for the latest episode, right from WilFreD's databanks:
The penultimate episode of the JLMay 2017 crossover is here, and we're joined by the constantly caffeinated Clinton Robison, of the Coffee & Comics blog and podcast! LETS GET PATROLLING!

I loves me some Justice. And some Justice League. And some Alex Ross. I've thoroughly enjoyed listening to this JLMay event, but as y'all may have heard, I have a wonderfully short commute (3 miles), so I'm catching up on the event,but I figured I'd skip ahead, rewind, and then listen to the whole thing from where I'm at now. Y'know, like listening to your favorite song on a cassette tape.

Anyway, enough about me. Let's get to why y'all are really here. Here's the imagery. 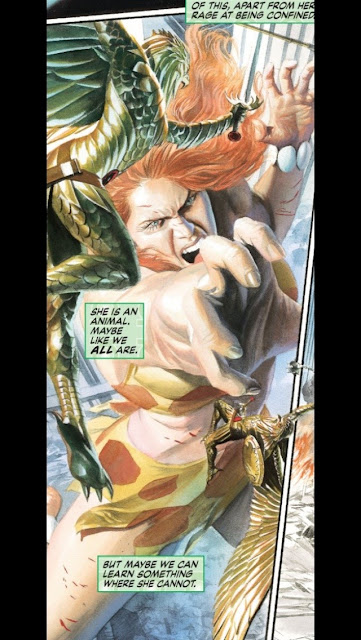 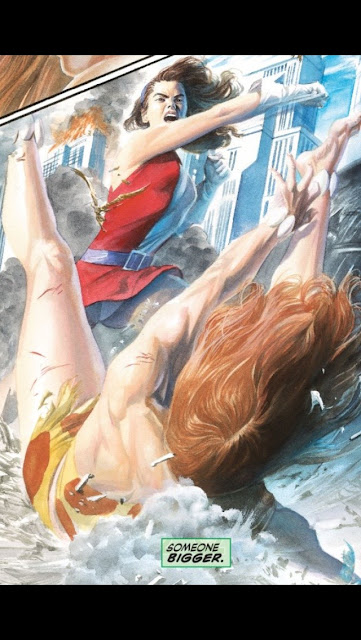 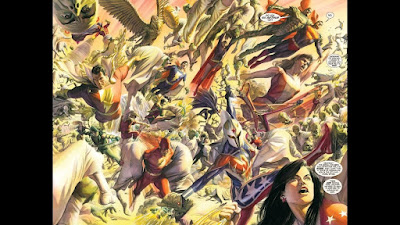 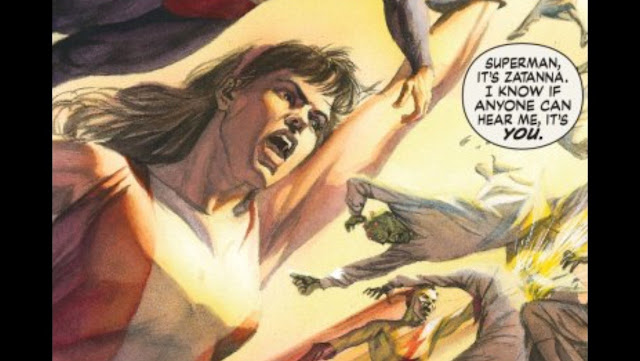 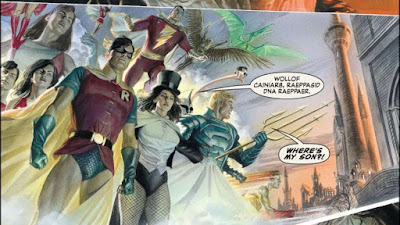 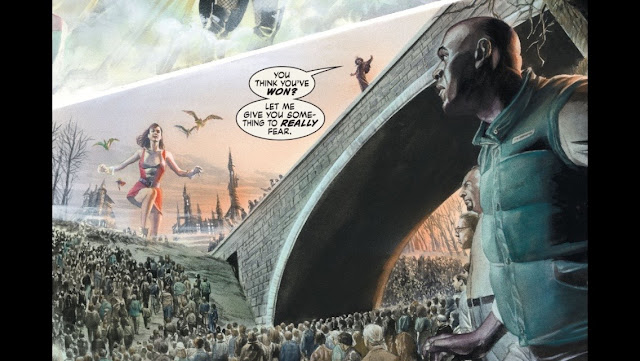 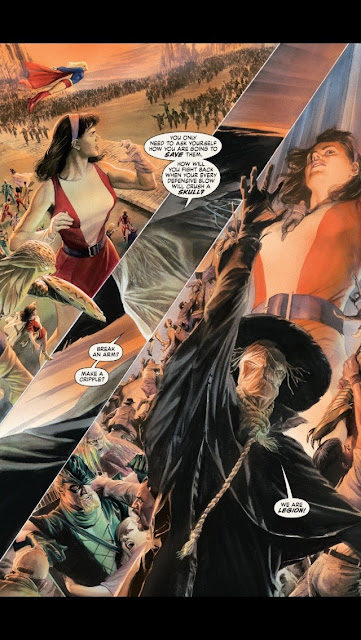 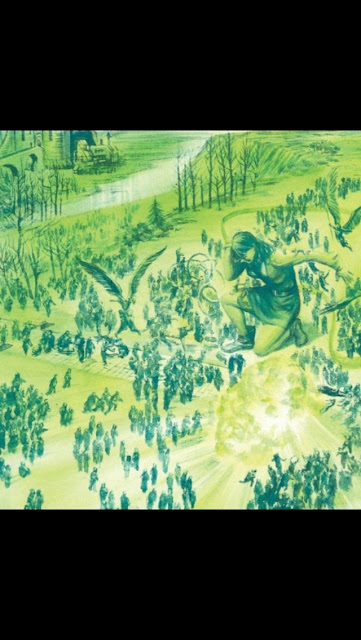 Here's some more Alex Ross from this here blog, oddly enough, all about Justice. 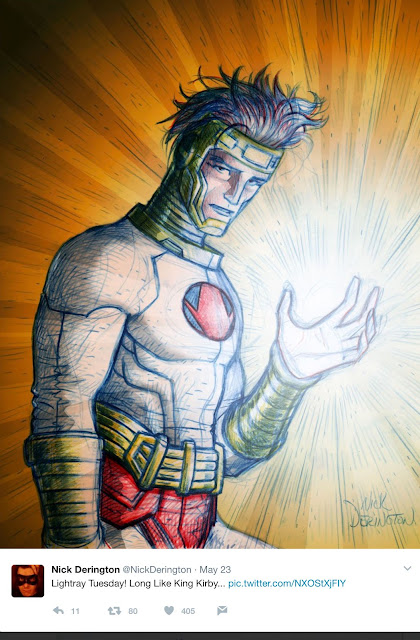 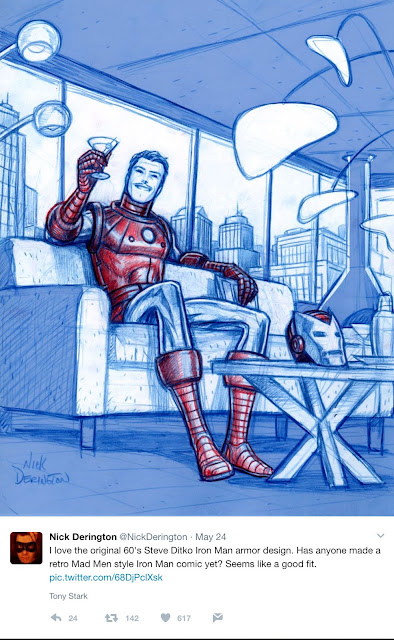 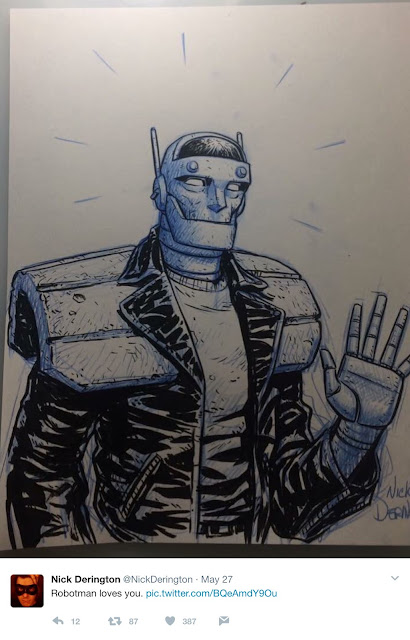 Question of the Week:
Which fictional character would your want running your country?
Posted by Doug at 6:15 PM No comments:

Episode 94: Great Ready, A New Transmission! OR We Always Soldier On

Another episode of MY favorite podcast! Here's the goods from the Podbean post for Waiting for Doom Episode #94, by my Doom Bros, Mike and Paul.


Clean-freaks, identity addiction, and hints of a brewing generational war! All this plus a trip to Amsterdam! WHEE! LET'S GET PATROLLING!
Down on Derington Way - 6:06Doom Clock - 7:36Doomsplaining - 12:20 - We continue to explore the weirdness happening in Violet Valley as we cover issues 68 and 69 from volume 2 of the Doom Patrol, by Rachel Polack and Linda Medley!Mailbag O Doom - 44:30 - We read your responses to the question, "Who is your favourite fictional cop?"


So, let's get to those images. 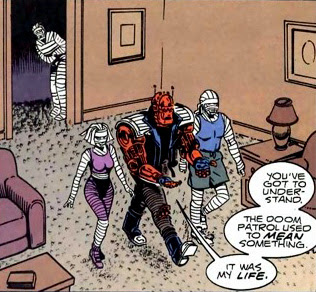 And here's the visuals from Doom Patrol #69. 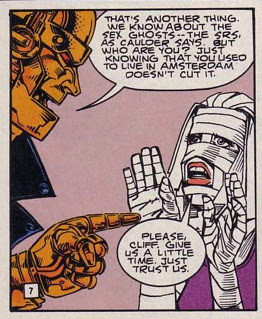 Down on Derington Way
The guys mentioned the Mister Miracle cover that Nick Derington drew. That was in the previous post (go ahead, click, but come back), so I suppose y'all want more?

Well, never let it be said that Nick Derington disappoints, because he sure as heck does not disappoint. Here's some more Scott Free for ya: 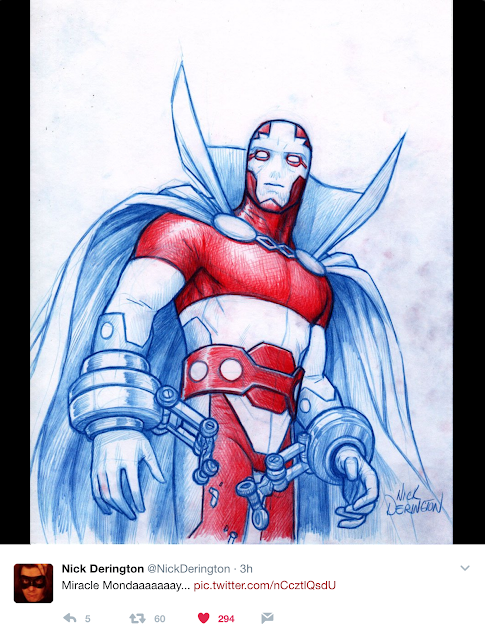 And some extra bits. 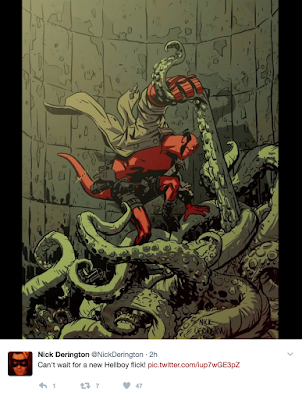 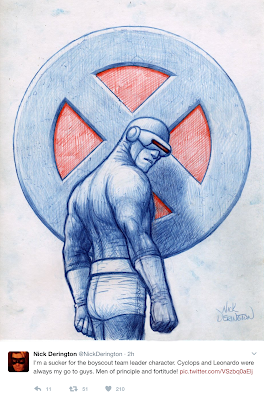 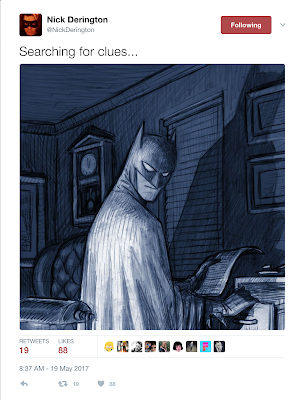 Derington's a GREAT Twitter follow, as his creativity doesn't stop with pencil and paper. Give him a looksee.

Question of the Week
What is your fave Justice League story? Because, y'know, it's JLMay. 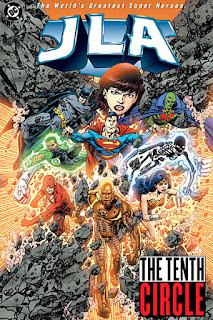 
MAY THE FOURTH BE WITH YOU! Or Happy Spacemas! Or Magnifcient New Podcast Episode Day! Ok, well, it's a little after the actual new podcast episode day, but the point is the same: there's more Waiting for Doom episodes in the world today!

Here's the lowdown on Episode 93. Check it out:

Dryballs! (But whose??) Porkals! (Not a typo) Lost minds and loose heads! (Literally) Endings and beginnings! (Yup) Sexy ghosts! (OH MY!) Trolleys full of poo! (What?!) Paul has questions and Mike may be a prevert! (Day ending in 'y', really). LET'S GET PATROLLING!Down on Derington Way - 5:33Byrne For You - 9:54Doom Clock - 11:08Doomsplaining - 15:10 - It's the end of one story and era, and the beginnings of another! This week we look at issues 66 and 67 from volume 2 of the Doom Patrol, by Rachel Polack, Richard Case and Linda Medley!Mailbag O Doom - 51:55 - We read your responses to the question, "Which comic book character would you like to have a ride along with?"


Here's the goods from Doom Patrol (volume 2) #66, starting with the Richard Case cover.

The creators for this issue: 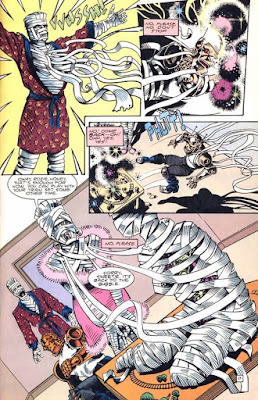 Derington by Way of Bonvillain
Here's a bit from Gerard Way from 21 April. 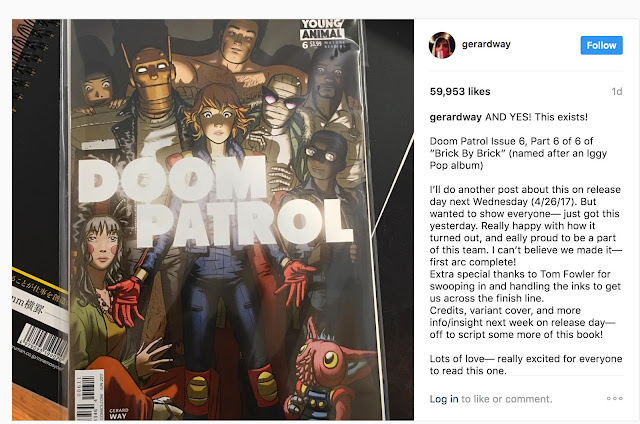 
Super-extra-bonus, because I slacked so badly in finishing this post: 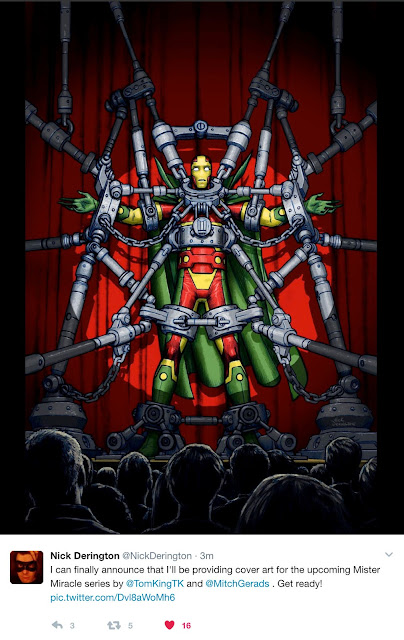 And, FINALLY!
Here's a bit about Tamra Bonvillain. She was featured in the Who's Who for Young Animal in BUG! The Adventures of Forager #1 (which is a wacky fun Kirbytastic read!) 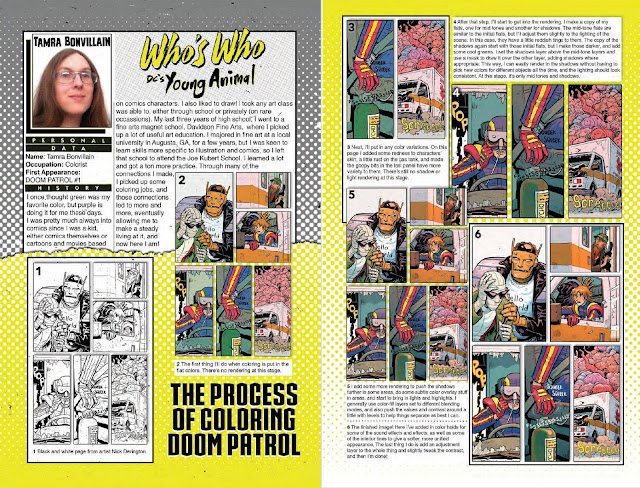 Question of the Week
Who is your favorite fictional cop (police officer)?
Posted by Doug at 7:47 AM 2 comments: