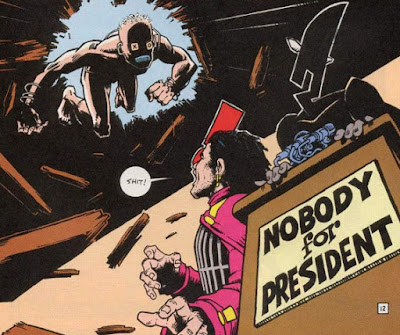 Waiting for Doom Episode 67: 4/5ths All New, All Different…OR Justice, Inc. For All!

Mike Garvey and Paul Hix start their exploration of the third volume of the Doom Patrol in Episode 67 of Waiting for Doom. Here's the episode rundown from the podbean listing:
After another run-in with those accursed Tech-Gods, we're back for more Doom Patrol-related shenanigans and madness (WINK!)! Plus we take our first steps into some new Patrol territory this episode, so LET'S GET PATROLLING!!

This run didn't hold my attention for very long. I had two kids under four, which limited my time and budget.. I liked Huat's work, but it just wasn't enough of a Doom Patrol comic at the time. I don't recall specifically what I was buying instead, but this one just didn't hit me at the time. Looking back at it (I have since purchased the run), it seems like it's pitched right to my sweet spot tho.

That said, I'll be experiencing parts of this for the first time alongside you, gentle reader/listener/blog-viewer.

Here's the link for this episode via Comicosity.

As for the question of the week, well, here it is.
Who's your favorite made-up spy person?

Next episode checks back in with the Brotherhood of Dada!
Posted by Doug at 11:21 AM 3 comments:

Nick Derington has been sharing a bunch of art as he's been working on Doom Patrol. Everything from a custom Robotman mask to a DP-specific ambulance to warm-up sketches of Spider-Man and Superman. This, however, is the single most engaging image I've seen. With Nick Derington's approval, I present to you - Casey Brinke. 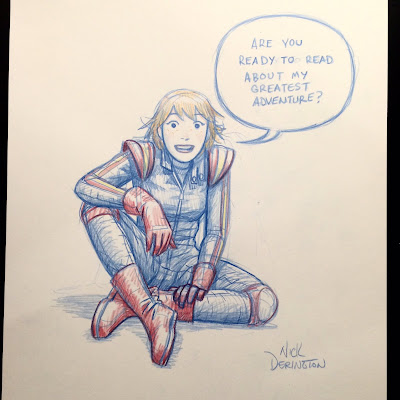 Among the biggest challenges an artist can encounter is conveying a character's personality only through imagery. Body language, expression, gesture, posture, and even page positioning all telegraph information to the viewer. More often than not, viewers will be bringing their own set of filters to interaction with art, but in the case (or Casey) above, Derington gives the readers everything they need to know: Casey is inviting us to join her. It's time to go explore, to learn, to see and do. And I'm all in.

In the ashcan (more on that later this weekend) Casey is dubbed Space Case. Beyond that, we haven't actually met Casey save for the images Derington, Way, and DC Comics have chosen to share with us, but everything about her in Derington's art projects a personality that invites interest and friendship. Well done, Nick Derington! I can't wait to meet Casey in just a few weeks.
Posted by Doug at 6:10 AM 1 comment:

Waiting for Doom Episode 66: Kor Blimey, Check Out That Arsenal! or What Dinosaur?!

It's like a whole new week! Mike and Paul were at it again. That's right, Garve and Flanger gave us a brand new podcast! And I delayed posting about it because I was working. Then I left work and went to the other work. Then I left work to watch Suicide Squad (fans of the New 52 Suicide Squad will like it, fans of the older Ostrander Squad will like parts). And then I slept, because it was 2:30 AM.

But now this post is here, and so are you.

So if you didn't find the podcast already, you can click this here link to get Episode 66 of Waiting for Doom. Here's the show notes:


So there you go, folks! Some images for Episode 66 of Waiting for Doom.

The Question of the Week:
What is the best accessory in comics?

I'll be posting up at least one other post before next week's episode! Be good to one another!

Waiting for Doom Episode 65: Like Getting Hit with Psychoactive Discharge or Trippy Dippy, Who's Your Hippy?


Ah, vacations. They're so gosh-darned wonderful. Except for the rushing to get all the stuff done before and the digging out from under accumulation after. Which is exactly the reason I tack a day on after. So I can post things like this.
The fellas (and sentient showbot) cranked out another episode in my away time. This one takes a look at Doom Patrol (v2) #49 & 50.

Click the link here to make with the listening, which is described as:

Also, be sure to sling an answer for your favo(u)rite fictional family either here, on the show's Facebook page or over on Twitter.

I was all set to blurt out the Parrs from The Incredibles, but I think the Robinsons in the criminally underrated Meet the Robinsons takes the hypothetical cake from me for this one. 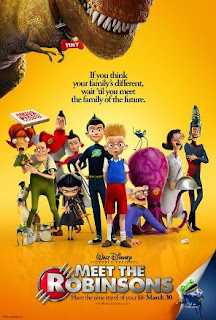