We Are All the Doom Patrol

My kids and I have been devoted fans of Batman: The Brave and the Bold, so we tuned in last night to watch the episode.
Here's a snip:

My kids and my wife know I love the DP, but they haven't ever really bothered themselves with the full story of the DP. When the episode ended, my youngest was a little misty-eyed while my oldest proclaimed that the Brave and the Bold series has been a series of downers of late. Without spoiling the details of this episode, let's just say the episode was true to the DP's story.

Beyond that, however, there were a TON of nods, winks and nudges to Patrol fans, from the signs at the carnival to the clips used for the DP retrospective.

This was a great, great episode and further illustrates just how greatly this team translates to other venues. Now if they'd just work up a Doom Patrol video game.
Posted by Doug at 1:49 PM 4 comments:

CBR broke the news this morning about the air date for the Doom Patrol episode of Batman: The Brave and the Bold. This show has been a hit around our house since the debut. 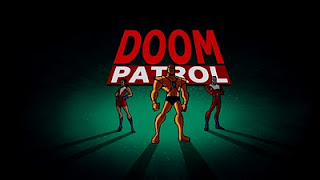 I've DVRed the run of this show and the kids and I make time once a week or over the weekend and catch an episode or two. This Friday, however, just became must-see TV. We'll be DVRing, but I think we might also be watching live. Maybe pizza will be involved too. 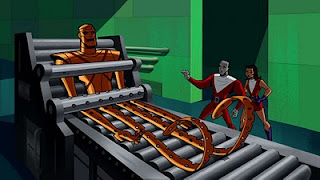 Looks to me like there is a whole lot of DP love involved in this one. 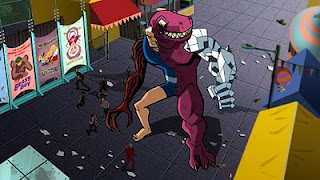 Check out the posters in the background. Aw yeah, Beast Boy!
Posted by Doug at 10:38 AM 5 comments:

Newsarama has a five-page preview of the latest issue of Doom Patrol set to hit the rack this Wednesday.

Courtesy of Newsarama, here's the colored version of yesterday's image. 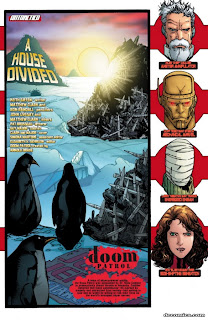 And look! There's Larry! Matthew Clark's art is sooooooooooooo right for this crew.

Give it a look.

I'll be at a prep football game on Saturday and in Cleveland watching the Browns lose to the Atlanta Falcons on Sunday. Curses!

It is worth mentioning, however, that Doom Patrol #15 comes out this week and Matthew's fan page has an exclusive sneak peek. Well, pseudo-exclusive. You can see it here, too. 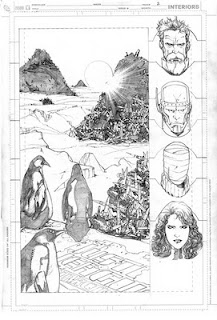 Here's a five minute Matthew Clark interlude for you. OK, well, since it's in the developmental stages, it might be five seconds, but at any rate, Matthew's got a new fan site up and getting ready to run.