One of my favorite current artists, Chris Samnee, has a wild assortment of sketches up for sale tomorrow (February 1, 2014) morning (relative time to his location).

It even includes the full version of this piece:

If anyone was wondering what to get me for my birthday, Christmas or just because that $300 is burning a hole in your pocket real bad, here you go. If you want it for yourself, good luck and please post a photo once you get it!
Posted by Doug at 7:22 PM No comments:

Happy New Year friends! It's been teased for a while, but it looks like we FINALLY get a chance to meet the New 52 version of the Doom Patrol in Justice League #27 coming up on January 22 from DC Comics.

I drafted the book in our weekly review draft on Comic Book Resources, so I decided to see if there was a preview out there. After all, some of the Forever Evil-related stories have been less than inspired and nowhere near inspiring.

Sure enough on Nerdist, I found a sweet little preview that includes this fine page. I redacted out a bit of a spoiler, so be warned if you go to Nerdist. 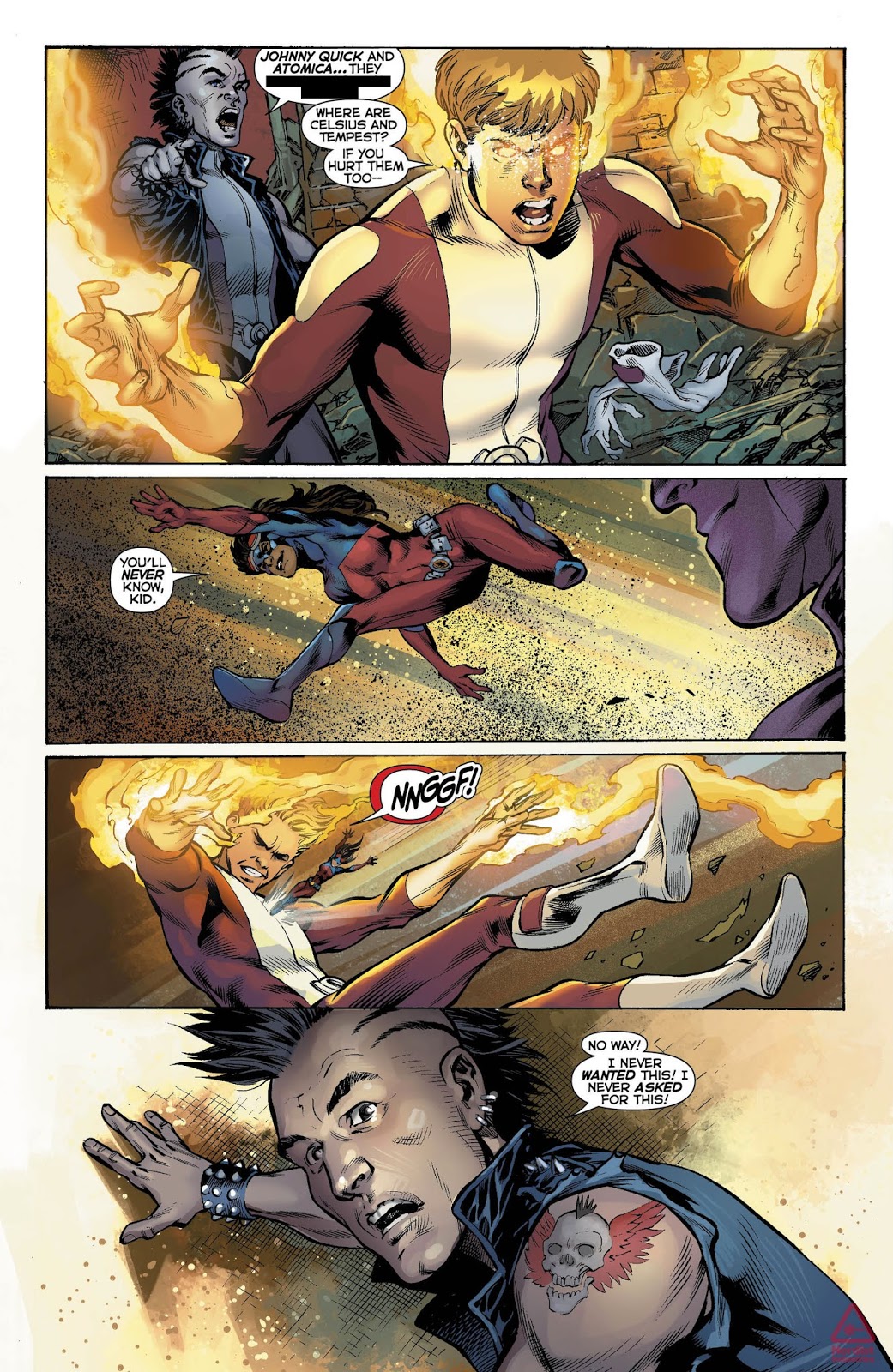 Looks like Justice League #27 is going to include Scott Fischer and Karma. Ivan Reis, Joe Prado and Rod Reis on the visuals, Geoff Johns on the words. Looks pretty slick to me. Hopefully the DP is able to hold their own against Atomica and Johnny Quick. I'd hate for their first appearance to be their last. Of course them surviving would be more unexpected than any pending mutilations and murders given the current state o DC Comics.

So Patrollers, what say you? Find out what I think of Justice League #27 on Wednesday, January 22 at CBR.