Young Animal's Doom Patrol #11, hitting this November, seems like an issue where a bunch of bits all collide.

Here's the solicit and the cover image for your eyeholes.


DOOM PATROL #11
Written by GERARD WAY
Art and cover by NICK DERINGTON
Variant cover by TOM FOWLER
Retailers: This issue will ship with two covers. Please see the order form for details.
Doom Patrol fights Dada and someone becomes a mama. How did life and death become so intertwined? It’s Robotman versus a classic foe as Casey and Terry take us into a whole new territory we’ve never seen before. But could this newness also just be a whole lot of nothing?
On sale NOVEMBER 22 • 32 pg, FC, $3.99 US • MATURE READERS

Sure, that's a steep price, but if you like Byrne, there's some fun reads in here. Secret Origins Annual has the origin of the Doom Patrol - and it's the original Doom Patrol plus Arani's Patrol. You could say it's The WHOLE PATROL! No sign of Byrne's version being collected though, although a collection like this could lead to his Doom Patrol run finally finding its way to Comixology. The cover image for this collection has the headlining heroes from Legends, so maybe there'll be a bit of that in there. Who knows?!
Posted by Doug at 2:41 PM No comments:

WFD Episode 101: Emotional Robots and Psychic Werewolves and Mysteries, Oh My! OR $#!t

Another new episode, which as Podbean tells us:

Something something all new episode of Waiting For Doom, yay! [Kermit Flail]
LET'S GET PATROLLING!
Down on Derington Way - 8:13Doom Clock - 11:45Doomsplaining - 15:55 - We take a look at issue 7 of Doom Patrol volume 6, by Gerard Way, Mike Allred, Laura Allred, and Nick Derington!Mailbag O Doom - 37:55 - We read your responses to the question, "Who is your favourite Doom Patroller in the current Young Animal volume?"


Me? My favorite - hands down - is Casey Brinke. I found her immediately relatable and fun. 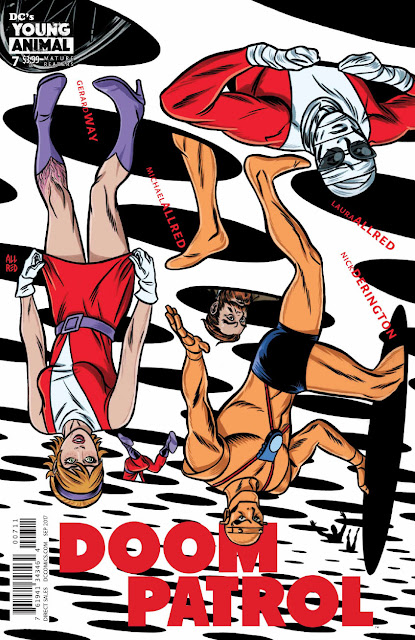 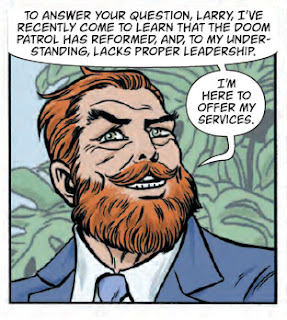 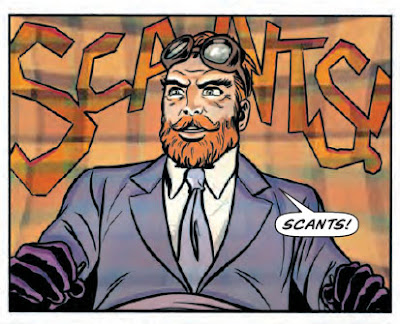 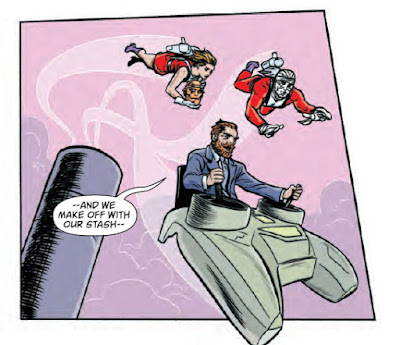 Derington Do
This week, I'm just going to let Nick Derington's tweet do all the talking. 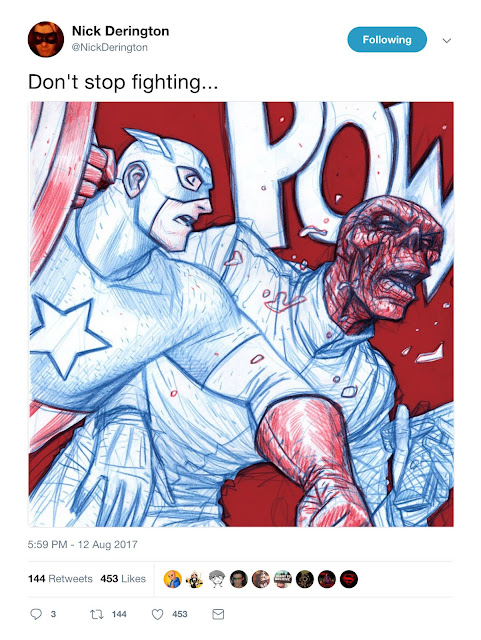 "What is something you learnt from a comic?"

Personally, I learned how to spell learned properly. What about the rest of you?
Posted by Doug at 7:17 PM No comments:

Another episode! Another post! Not just any episode, mind you! In this very special 100th episode, Mike and Paul chat with Doom Patrol artist extraordinaire, Richard Case! WOOOOHOOO!


Here's the link via Comicosity.

. . .and, because it's just not nice to have a post with no images, here's a few I found from the Interwebnets AND a couple very special bonus images with some super-great Richard Case art!
(Also, Mr. Case sells prints at his con appearances. I'll post up a sliver of the one Darrin and Ruth Sutherland were so kind to procure for me. 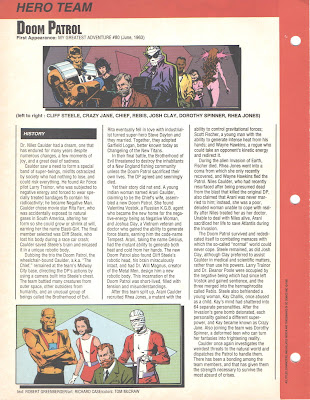 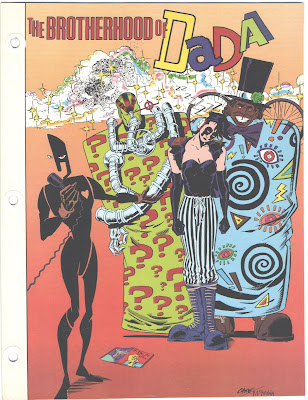 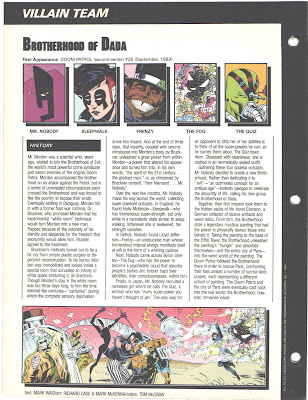 Episode 99: Fairy Tales and Weird Dreams OR Doug's FINALLY Caught Up After Vacation!

A new one - or the first of a new two episodes of Waiting for Doom. As Paul and Mike describe it on their Podbean:


Despite recent tech issues (what, again?!) Mike and Paul return with more DOOM PATROL goodness! Please note that we're not entirely tech-issue-free, as the Technology Gods decided to export this episode rather quietly, so when we say 'Yo, turn it up!', we mean it...anyway, LET'S GET PATROLLING!
• Down on Derington Way - 9:50
• Doom Clock - 17:17
• Doomsplaining - 20:43 -We continue our coverage of the Violet Valley era Patrol, as we look at issues 72 and 73 of Doom Patrol volume 2, from Rachel Pollack and Linda Medley!
• Mailbag O Doom - 44:42 - We read your responses to the question, "Who is your favourite anthropomorphic character?"


I'm going to go lightly on the text and captions, but here's the cover from Doom Patrol (volume 2) #72. 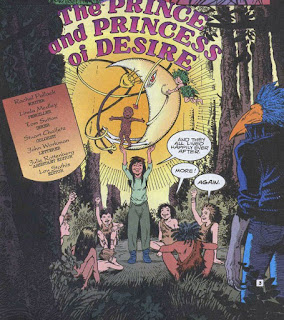 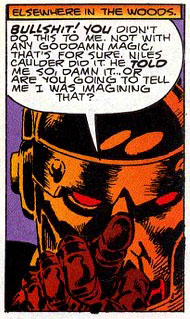 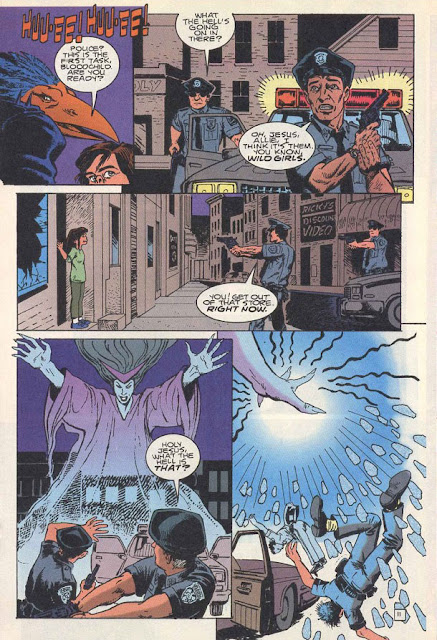 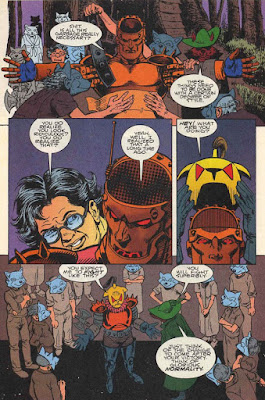 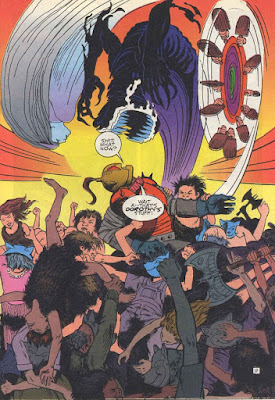 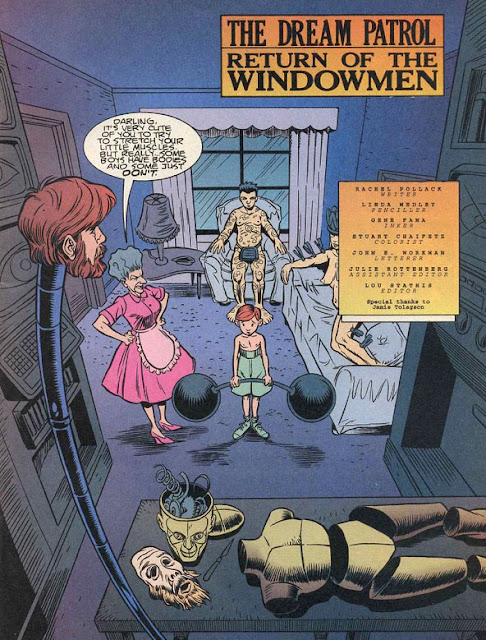 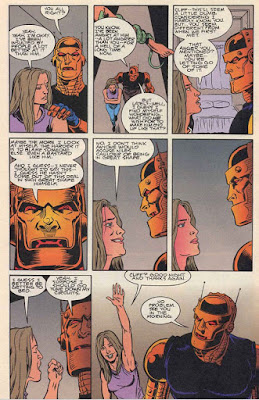 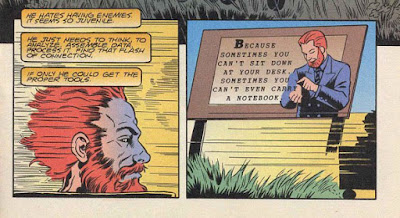 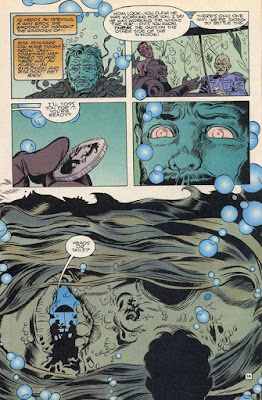 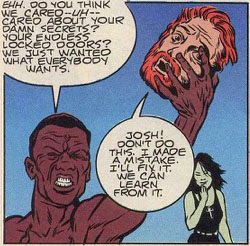 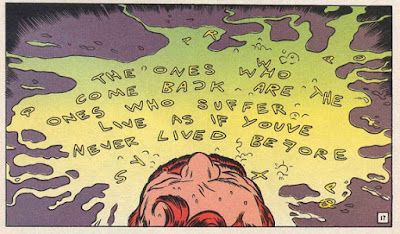 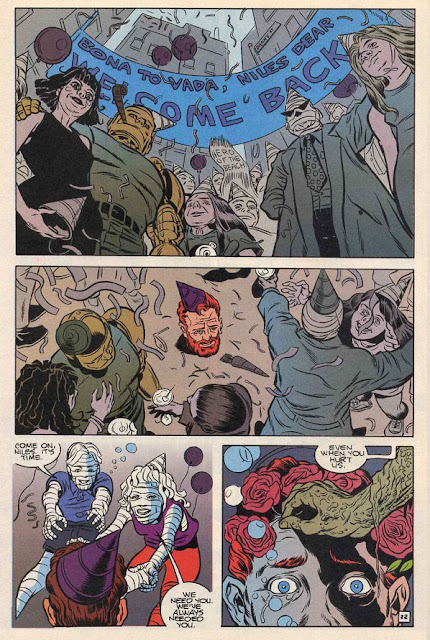 Derington by Way of Bonvillain

Here's the solicit for Doom Patrol (v6) #10 that the gents mention. As well as a larger version of the cover. 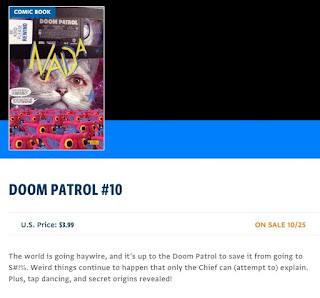 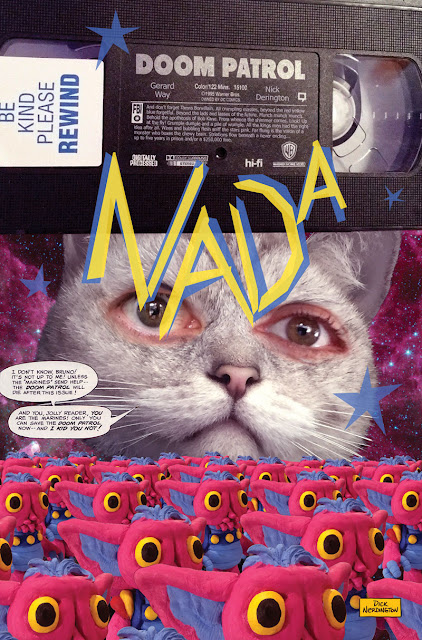 I'll be caught up with Waiting for Doom in a few more hours. Be sure to click back tomorrow!