This week gives us a little nugget of Doom Patrol goodness- er, well, Doom Patrol evilness, in the form of General Immortus as the bad guy in the latest issue of Batman: The Brave and the Bold. 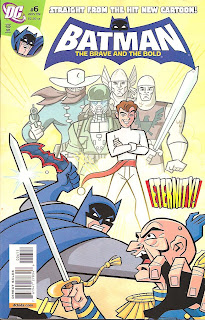 Issue #6, penned by J. Torres and drawn by Andy Suriano with Dan Davis on inks sees the "Forever Soldier" trying to cobble together a commandable army of warriors from times past. Torres spins Immortus into an amusing character, as Immortus recounts his failings in summoning his army from yesteryear. Twelve viking raiders, six knights, four old west outlaws and three spartans come to the present day and pose a bit of a problem for the Dark Knight detective. 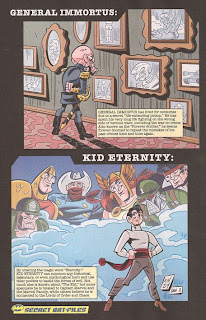 Batman draws up his own recruit in the form of Kid Eternity, which of course leads to a few more guest stars, as revealed on the cover.

A wacky adventure, befitting the tone of the television series, but unlimited in character usage.

The DP themselves do not make an appearance in this issue, save for Batman mentioning them in his monologue exposition that helps introduce the readers to General Immortus. I could almost hear Diedrich Bader's voice speaking to me through this issue.

Four (out of five) stars!

It's evening. I'll just leave the images here and we can discuss a little later: 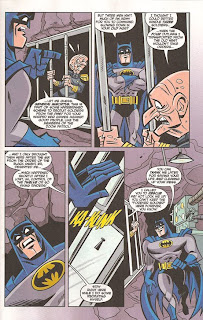 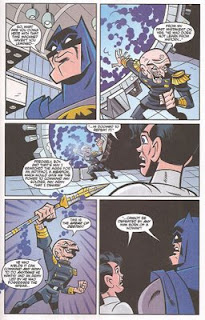