Matthew Clark and the Ambush Bug

So I dropped a tease about the Bug the other day. I've got some art from Matthew Clark with Ambush Bug in it. 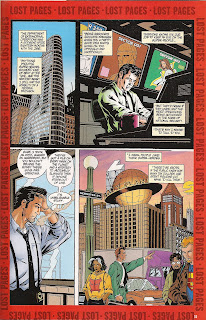 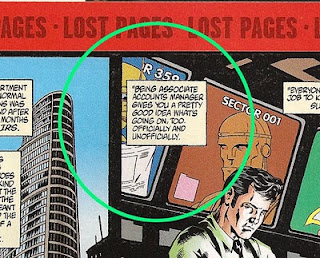 Clark drew this Mark Millar-penned story for the DCU Heroes Secret Files & Origins from 1999. It was fun little comic where Captain Marvel met Cameron Chase and was given a team-up pin-up with Wildcat among other oddities. 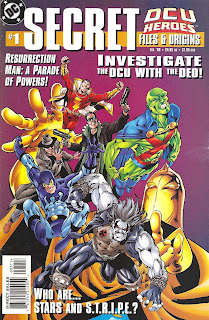 The issue was very Department of Extranormal Operations-centric, which made it that much more interesting to me.

This particular story features a double-cross courtesy of the master of the double-cross: Lex Luthor. All in all a decent read. This was when the whole Secret Files & Origins thing was starting up and being wonderfully handled. This issue, however, was a seemingly random hodge-podge of pieces that they just couldn't fit anywhere else.

There's even a very rough timeline in the back of this issue that offers some ideas of the histories of the characters in this issue.
Posted by Doug at 12:26 PM