A consortium (fun word, isn't it?) of bloggers are celebrating the 25th anniversary of those wonderful old Super Powers toys. Organized by my man, the Irredeemable Shag, we're all taking a look at the comics that came along with these beauties.

Given the impressive range of figures that were included in the line, there is an equally impressive line of bloggers. Superman's Super Powers existence is examined (that was fun to type!) at the Fortress of Baileytude! Batman is covered by Tommy over on the Batblog. Shag himself has a post on his Firestorm site and his Once Upon a Geek home where he discusses the Dr. Fate figure as well as the proposed Blue Devil and Shockwave figures. Kelson Vibber provides some insight into the Flash's comic. Flash also gets some love from Brian Dixon on the Fastest Man Alive blogspot. As always, Rob Kelly covers the seven seas with Aquaman, who was my personal favorite of the first wave of Super Powers figures. Luke covers Hawkman while Adam heads for the Arrowcave. Frank covers the Martian Manhunter over at the Idol Head. The Joker even gets some love, courtesy of Bee.

Since this is a Doom Patrol blog, it bears mentioning that the DP - not a one of them in any incarnation! - were grossly overlooked and unable to participate in the Super Powers line. So when Shag issued a call to arms for parties interested in sharing the love for the Super Powers figures and their mini comics, I jumped on the chance to give Reddy some attention. After all, if it wasn't for Red Tornado, I would have never sunk hip-deep into collecting comics as a kid. Extrapolate that to now and this blog wouldn't exist if not for Red Tornado.

Stretch it out a little further and the Sunday post featuring Niles Caulder and Reddy makes a little bit of sense now, right?

So, without delaying the inevitable, here's the Red Tornado mini comic, guest starring Green Arrow and Hawkman. Great cover of Reddy opening a can of fist on the Parademons. Classic logo too. 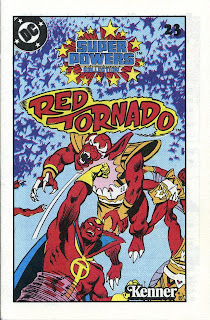 Before you read any further, please remember the Super Powers line was geared towards KIDS, not crazed, continuity-obsessed grown collectors who would never even dream of playing with the toys. These are supposed to be fun comics that give the reader a gist for the characters without burdening the reader with too much knowledge. 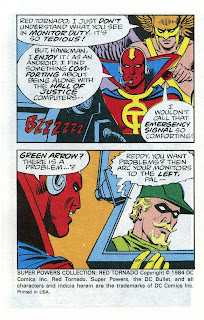 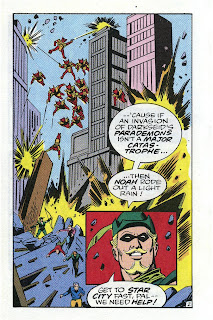 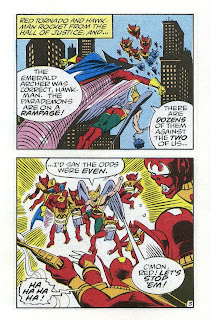 The battle against the Parademons is what the Super Powers line was all about. Cool visuals, great characters, unique powers and uses for those powers. Did I mention the fact that this book is cool WITHOUT Superman, Batman, Wonder Woman, Aquaman, Flash, or even Green Lantern? 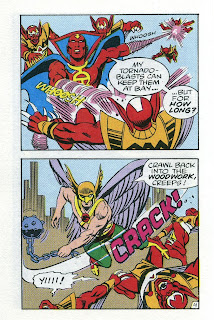 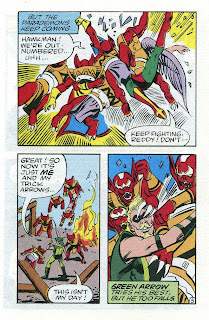 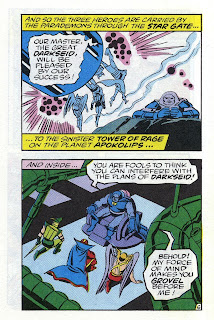 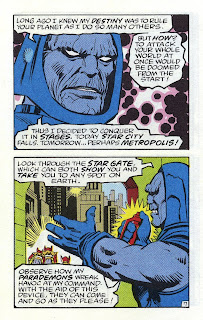 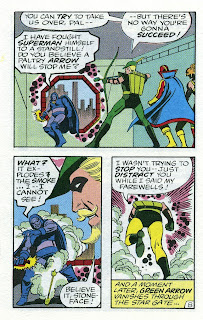 Bah! Blinded by a paltry smoke arrow! Isn't it great how the comics are so simplified. After all, would these three truly stand much of a chance against Darkseid? 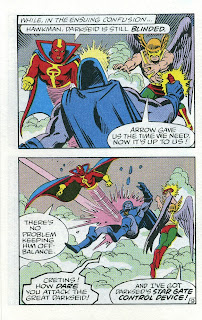 That Hawkman is a bully, pushing Darkseid down when he's blinded! Imagine what a totally cool villain kids would think Darkseid is once they discovered the "real" Darkseid in comics. 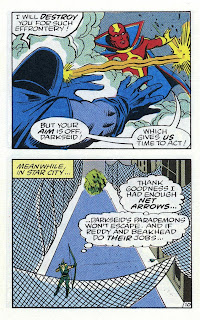 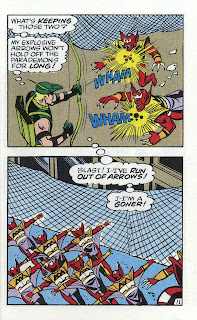 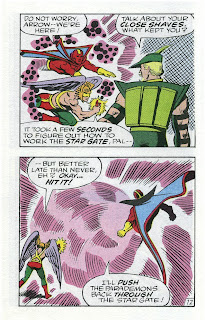 The Super Powers heroes were definitely a team. No doubt about that. 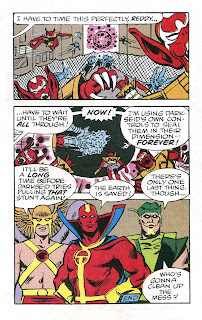 Tornado doesn't get a chance to guest star in any other hero's mini comic, but he does appear in the comics for Steppenwolf, Mantis, Kalibak, and Darkseid.


Undoubtedly this figure helped Reddy find a whole new audience. From here, Reddy found his way into molded plastic quite a few times again. Those adventures will eventually be covered on my brand-new, incredibly irregular blog - Red Tornado's Path. Nothing to see yet, but soon, my friends. Soon.

Once again, I want to drop a shout out and a huge, "Yeeee-ha!" to Shag. His passion for things comic related and just plain fun is something to behold.

We now return you to your regularly scheduled Doom Patrol blog.