Yesterday, or maybe two days ago, during the Blackest Night hubbub, I mentioned that Rita was cloned.

Here's the page with the reveal from the 36th issue of the current volume of Teen Titans, written by Geoff Johns and drawn by Tony Daniel. 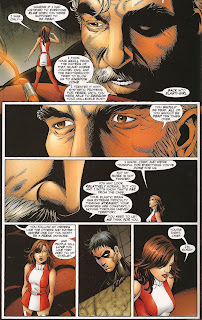 This was during the height of One Year Later, DC's attempt to provide magic jumping on points for readers to start picking up titles. It worked well for some titles, not so much for others.

Teen Titans gave us a new Doom Patrol, with Mal Duncan, now known as Vox, and Bumblebee, who happens to be stuck at her smaller size.

Truly I hope Giffen makes Chief less of a jerk. More from this issue soon. 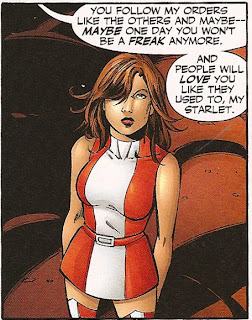