So this is the third installment of Elasti-Girl Friday. To celebrate such a momentous occasion, I thought I'd provide Elasti-Girl's origin, as told in My Greatest Adventure #80. The images shown here are mostly from the DC Blue Ribbon Digest mentioned earlier this week. The first panel, however, is from the first volume of The Doom Patrol Archives. As if you couldn't tell from the brighter art.

The first of the DP to share her story, Rita is essentially givent the third degree - placed under a spotlight to share her tale of woe. 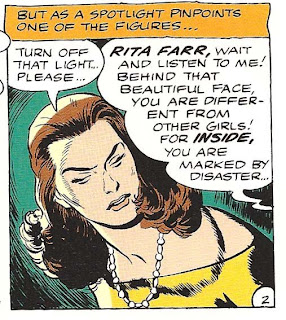 Rita was filming a scene with a crocodile (I bet she'd appreciate modern CGI) and declared the only way to avoid the hungry croc was to plunge over the edge of a raging waterfall. Turns out she was right. The croc, being no dummy, turns away, but Rita falls. The rest of the origin lies below for your perusal. 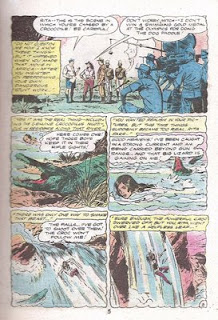 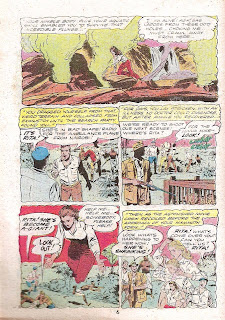 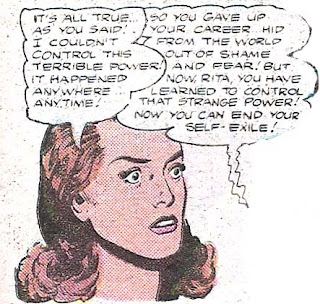 Poor, poor distraught Rita Farr. Cursed with the "terrible" power of growing larger or smaller, she walked away from a promising movie career. Good news for the readers, though, as she became the heart of the Doom Patrol.