There's a new Waiting for Doom episode! Of course there is! But what's this one all about? Well, here's the details from the Podbean:

From the Down on Derington Way segment, here's the cover: 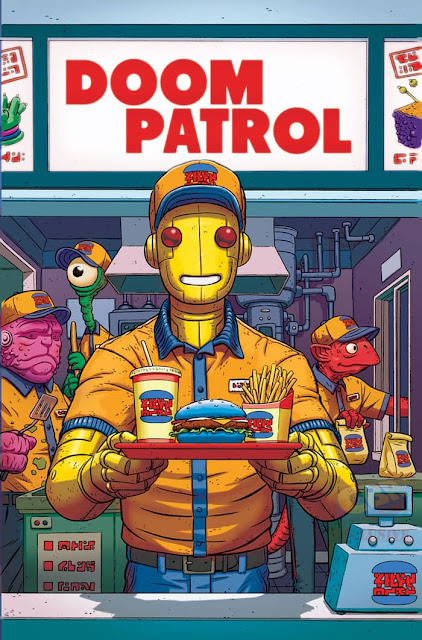 Look for more about the rest of the December 2016 Young Animal releases a bit later right here on this site.

Now, let's get on to the issues of Volume 3 that Mike and Paul covered. Here's the cover for #3.

Let's check in at Bruno's. Before we go in, though, click on this image. Do it. Click. Only then can you be utterly humbled by the amazing detail Huat brings to this comic. Look at those bricks! And window frames! And that VW bug! Slug bug - yellow! No slugs back! 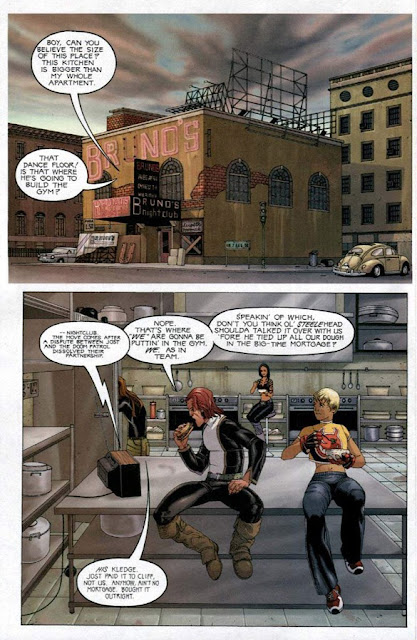 Tan Eng Huat is simply remarkable. I could just flip through this volume for a day. Or more. But then the story, well, Arcudi did NOT try to walk in anyone's shows. Sure, he was respectful of what came before, but he also forged straight ahead, making this Doom Patrol its own thing, and a darn good thing all the way through.

This new Doom Patrol and the business aspect of it all was a bit much for me at the time. I was sleep-deprived (my middle daughter was not yet 1, my oldest, maybe 4) and just wanted superheroes punching stuff in my comics. Now, well, now, I think this series is freaking brilliant.
Ted might be a jerk, but he's OUR jerk. What a great little twist.
The next three images really don't need captions, as they tell stories in their own right, but Huat also nails the art. 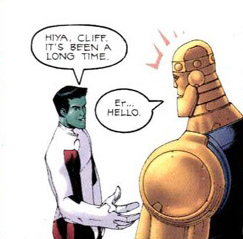 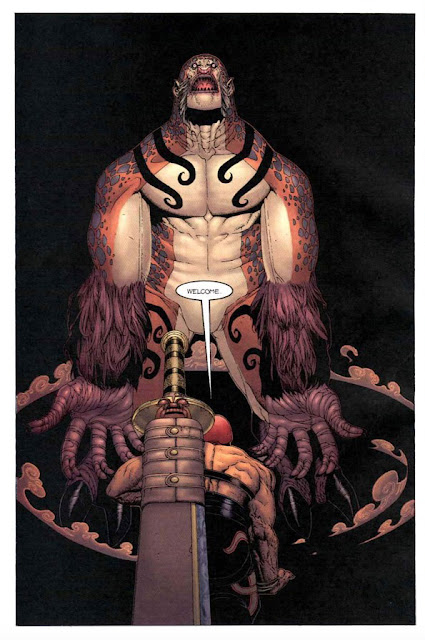 And then there's the clue about Ava.
With this post, I'm going to add something new. It's a bit like the Random Panel from other comic blogs, but these aren't so random. Let's call them Doug's Digs, and it'll be the single panel from each issue that I dig the most. Might be because of dialog, art, or just because. No rationale given, just an extra image for you to click and enjoy.

And be sure to sound off, what's YOUR favorite panel for each issue?

And that's a wrap my friends and fellow Patrollers. Don't forget the second issue of the Way Derington run hits THIS COMING WEDNESDAY!

In case you need a refresher on what to look for, here's the cover to what seems to be a Larry Trainor-centric issue (I hope):
While you're waiting for Doom (see what I did there?) Patrol #2, here's your Question of the Week:
Who is your favorite Mister? The character identified with a moniker of Mister _________________ [fill-in-the-blank].
I have a separate answer, but having just seen this TV commercial, well, this might be the winner for me.