Episode 75: Green Monkey Genes Are Cool and Awesome OR Take That, Galtry!


When you think of the number 75, you realise it signifies the 'diamond anniversary' of a thing, which usually entails a classy celebration of reaching such a milestone but thankfully you'll find none of that rot here. LET'S GET PATROLLING!

Here are some images to go along with Paul's assessment of Teen Titans Earth One Volume 2.

I haven't actually read Volume 2, but there were certainly hints of an homage or re-introduction of the Doom Patrol in Volume 1 as Rita Farr factored into that book. That said, I really can't add much to the commentary, but I sure can provide some images (mostly thanks to Paul!).


Before we go much further, I'm going to cross over to Derington Way to share a cover with y'all. Y'know, the cover for Doom Patrol #5 that Paul was finding so hard to describe. 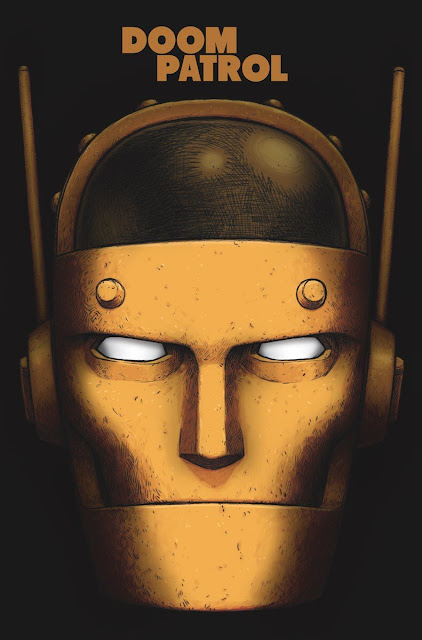 Alrighty, now let's get to the gorgeous George Pérez art from Tales of the New Teen Titans #3 (which is available on Comixology).


Apologies for the bars, I screen-capped the pages from the DC Comics app, but didn't clean them up in the interest of getting this post done.

Also, before I hang this up, I'll just post this to commemorate Mike's call regarding Casey's parentage. It's in white. So you'll have to highlight.
Mike thinks Rhea Jones (Lodestone) is Casey Brinke's mom. And, truth be told, this is the same connection I made earlier in the week. And Danny's the dad, as only Danny can be.
Posted by Doug at 8:28 PM