If you've been reading Justice League during Forever Evil, you've seen some peeks and received some teases about what the New 52 (it's been almost three years now, is it really still "new"?) has in store for the Doom Patrol. Well, my friends, keep reading Justice League! Why? Because it looks like the Doom Patrol just might be major players. Here's the solicitation text:

JUSTICE LEAGUE #32Written by GEOFF JOHNSArt and cover by IVAN REIS and JOE PRADODC Collectibles Bombshells variant cover by ANT LUCIA1:25 Variant cover by HOWARD PORTEROn sale JUNE 18 • 32 pg, FC, $3.99 US • RATED TCombo pack edition: $4.99 USRetailers: This issue will ship with four covers. Please see the order form for details.Lex Luthor continues his acclimation to his life as a one of the world's greatest heroes as they search for the mysterious power threatening to unravel our world. But are his sights really set on the Dark Knight? And are the Dark Knight's set on him?Plus, someone else is targeting Luthor and his new allies – a man who believes himself Luthor’s superior in every way...and maybe he is! Here comes The Chief and his treacherous Doom Patrol to The New 52!This issue is also offered as a combo pack edition with a redemption code for a digital download of this issue.


The Chief vs. Lex Luthor in a battle of the brains?! GAME ON!! I'm not so sure about the treacherous Doom Patrol, but I do supposed it would fit in with the darker and grittier DCU. 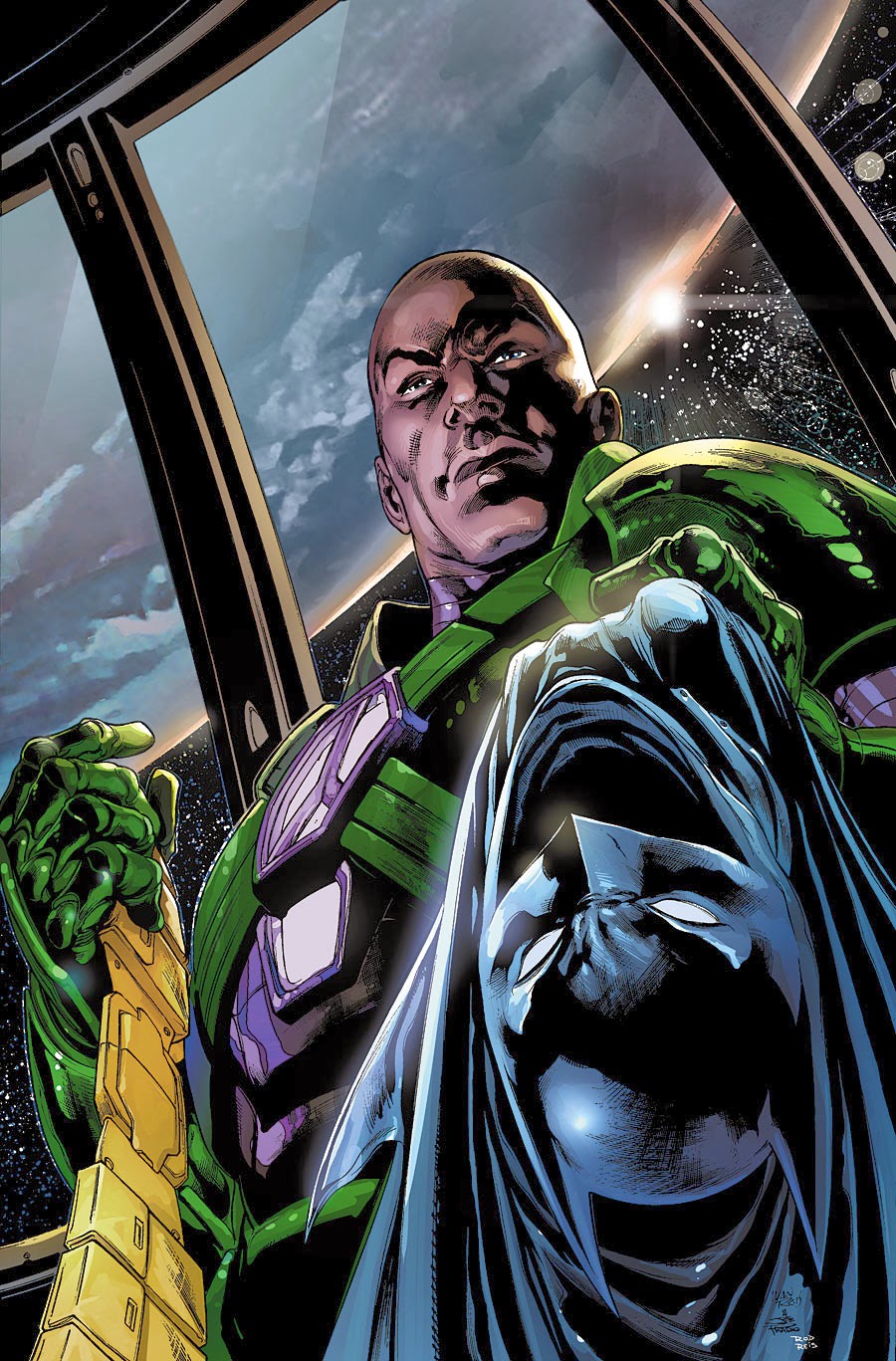 We've seen a few of the second/third generation Doom Patrol characters so far, including Karma and  Scorch. We've even seen glimpses of Celsius and Negative Woman. I'm looking forward to what Reis and Prado have in store for the rest of the DP this June.