DC UNIVERSE DIGITAL SERVICE GREENLIGHTS NEXT ORIGINAL SERIES
DOOM PATROL
Live-Action Drama from Berlanti Production to Debut in 2019
We are pleased to announce today that the upcoming DC Universe digital service has ordered its next original series, the one-hour live-action drama DOOM PATROL, from executive producers Greg Berlanti, Geoff Johns, Jeremy Carver and Sarah Schechter.
DOOM PATROL will begin production this year for a 2019 debut on DC Universe.
Artwork is attached, and project info is below. Please advise if you have any questions.
DOOM PATROL
#   #   # 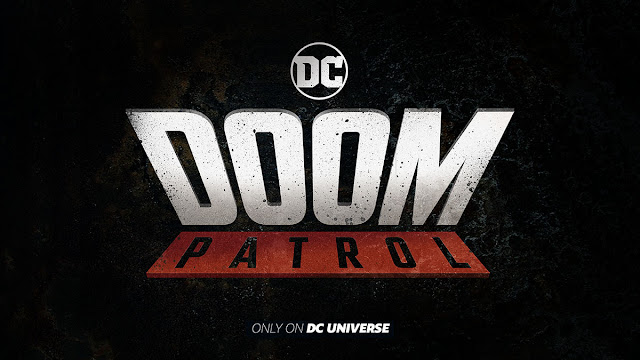 DC Entertainment has been crafting some shows for the debut of network of their own, which we now know as DC Universe. One of those shows the network is going to premiere is Titans, which, as you all know has some pretty tight ties to the Doom Patrol.

A couple weeks back Geoff Johns shared this: 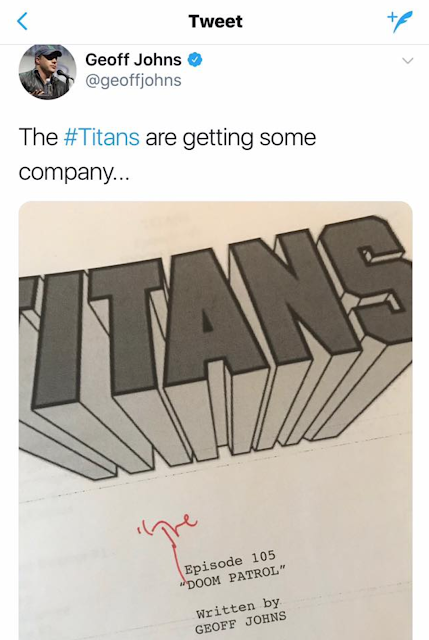 And then we got some casting announcements, including


. . .and to make matters even more cool, they've announced some more shows on the DC Universe service.

Those shows include: Season 3 of Young Justice (and presumably Seasons 1 & 2), Swamp Thing, and Harley Quinn. I'm not sure what else will be available, except, oh yeah - 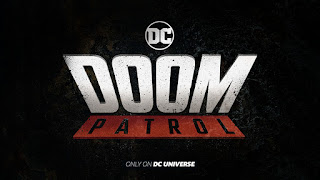 They're using a very John Byrne-esque logo, but there's been no mention of Nudge or Grunt (or Grudge or Nunt), so hope springs eternal. . .

I've long said Doom Patrol is tailor-made for other media than comics. Now it looks like DC Universe is going to prove me right.

UPDATE: As I was going to click "Publish," CBR broke word that Crazy Jane would be joining the team. I'm trying to track down the official press release to share.